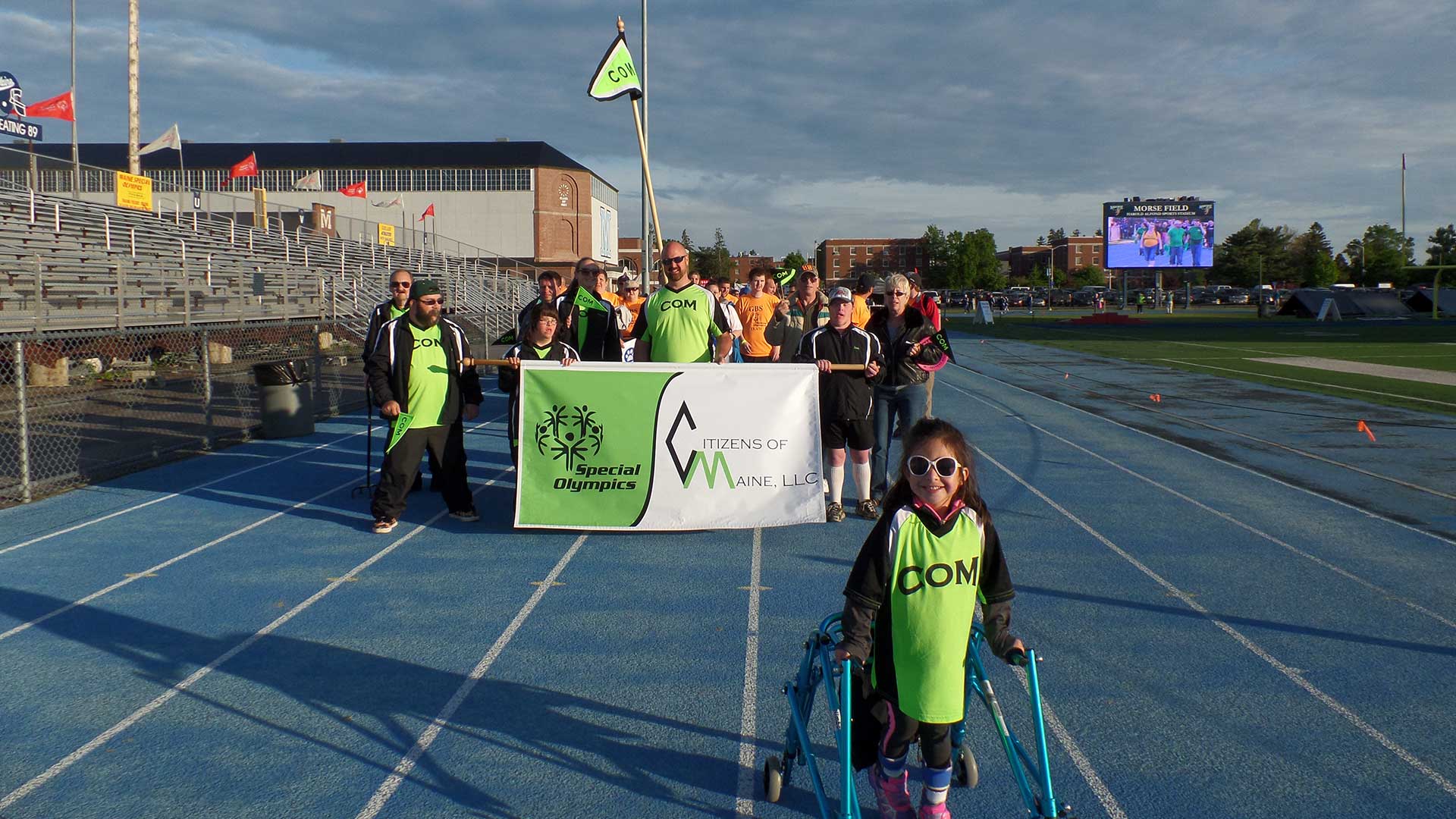 Citizens of Maine made its annual showing at the Special Olympics State games June 5th, 6th and 7th, held at the University of Maine, Orono. What a spectacular weekend this was! The first events began before the opening ceremonies even had a chance to commence. All the athletes were eager to start and not only did they start strong, but their endurance held up and they finished strong. Friday night’s extravagant parade was followed by the dramatic parade of athletes as they marched across the UMaine track with their winning smiles splashed across the jumbo screen, lighting up the entire arena. The opening ceremonies left behind an enthusiastic crowd that was up bright and early Saturday morning. The athletes spent the day competing in events under the most perfect weather. Saturday night was topped off by a widely attended disco-themed dance party featuring the awesome sounds of Motor Booty Affair. Sunday morning the action continued with nail biting races. The athletes impressed their spectators as well as one another. The camaraderie and sportsmanship shown by all participants was admirable and heart-warming. Congratulations to all the athletes for their incredible athletic performance and a sincere thank you to all the volunteers.